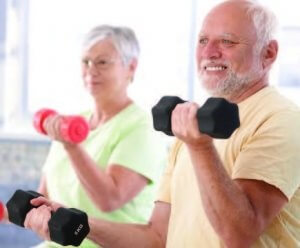 Calcium, so essential to strong bones and teeth, as well as nerve transmission, muscle contraction and blood clotting, can be in short supply as we age. Exactly how much is needed of this important mineral, and Vitamin D, its companion to ensure optimal absorption, has been the subject of intense scrutiny over several decades. However, a clear cut consensus has yet to be reached from data that is by turns contradictory, reassuring or confusing. A cluster of respected studies have cast doubt on the efficacy of calcium – either in supplements or from dietary sources – in reducing the risk of osteoporosis or bone fractures. Some reports cast supplements in an even more negative light, pointing to potential side effects that range from gastrointestinal issues to increased risk of cardiovascular disease.

A quick look at research highlights, beginning with the study that arguably set the stage for use of calcium supplements in seniors, illustrates why there is still a considerable amount of debate:

Confusing, to be sure. While the optimal dose has yet to be determined, today’s best guidelines call for calcium intake below 1,600 mg a day for women over 50 and men over 70, and 1,000 mg a day of calcium for those under 50, along with appropriate amounts of vitamin D to enhance absorption. However, experts agree, more is not necessarily better, and supplements should be considered only if the daily goal cannot be met through food sources. In addition, strength training, for arms and upper spine, and weight-bearing exercise such as walking or stair climbing, for legs, hips and lower spine, are essential to build and maintain bone density. Remember: every patient has different needs, and these can change over time.

The post Got Milk? Or Calcium Supplements? Or Neither? appeared first on Specialdocs Consultants.

How Much Vitamin D Do We Really Need?

How Red Meat Went from Taboo to Acceptable and Back Again